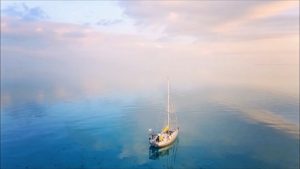 What You Need to Know in 2020: Sailing the Seas of Life

#1 in the 2020 Series: Adventures in Holistic Health & Harmony

“Plant seeds of happiness, hope, success and love; it will all come back to you in abundance. This is the law of Nature.”
– Steve Maraboli

In this New Year of 2020, the Year of Clear Vision, whether we have thought about it or not, we are embarking on a Journey, sailing together out on the Sea of Life. It is also a New Decade, and so we have double the […]

Read More
Comments Off on Tips for 2020: Sailing the Sea of Life

OIL OF OREGANO: Can it take the place of Antibiotics? I’ve gargled with it for a few seconds and immediately stopped a sore throat in its tracts.  It was used by Hippocrates, the Father of Modern Medicine, in the 5th Century B.C.    I’m talking about Oregano with its anti-inflammatory, anti-microbial, and anti-fungal effects.  It has also been known to kill MRSA, Listeria, and other pathogens.  And with modern antibiotics becoming less and less effective in the face of new and more virulent strains of bacteria, we need to go back to our ancestors’ medicine chests.

Read More
Comments Off on OIL OF OREGANO: Can it take the place of Antibiotics?

Your Heart Beats for You:

Join Lotus the puppet as she finds our just what’s on Mrs. Heart’s mind. If you have a heart, you’ll want to tune in.

Read More
Comments Off on Your Heart Beats for You:
Toggle Sliding Bar Area